Our paper has been published by IEEE Access Journal 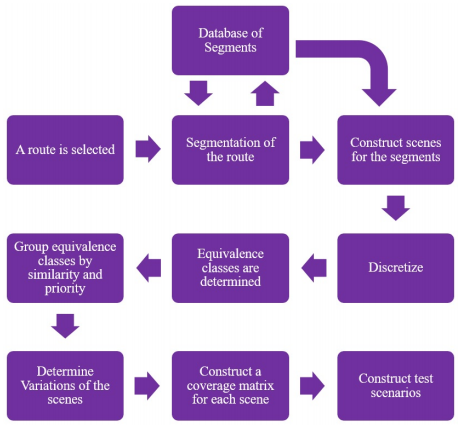 Our paper entitled “Autonomous Vehicles Scenario Testing Framework and Model of Computation: On Generation and Coverage” has been accepted and published by the IEEE Access journal. (https://ieeexplore.ieee.org/document/9406805)

Autonomous vehicle (AV) technology started to shift the perception of transportation systems. However, for AVs to operate at their optimum capabilities, they need to go through a comprehensive testing and verification process. While a large amount of research and funding has been provided for solving this problem, there is still a lack of a systematic method to develop standardized tests that can be used to judge if the decision-making capability functions are within acceptable parameters. To that end, the tests need to cover all possible situations that an AV may run into. This paper focuses on defining the notion of coverage mathematically when using pseudo-randomly generated simulations for testing. The approach defines new equivalence relations between scenes, which are the systems’ various states, to achieve this goal. Considering the substantial need for computation, even with the obtained coverage, we also introduce the mathematical definition of a sub-scene and additional strategies, such as expanding the equivalence classes of scenes and combining actors in scenes, to reduce the amount of testing required to certify AVs.